Allegiant Staduim is home to the Las Vegas Raiders, University of Nevada, Las Vegas (UNLV) football, the Las Vegas Bowl, which will feature a Pac-12 football opponent versus either a Big Ten or SEC opponent, as well as the 2020 and 2021 Pac-12 Football Championship Game. Allegiant Staduim will also host many world-class major sports and entertainment events.

Garth Brooks Reschedules Allegiant Stadium Concert
The concert was scheduled for August 22nd, the new date will now be February 27th, 2021. All tickets will be honored. 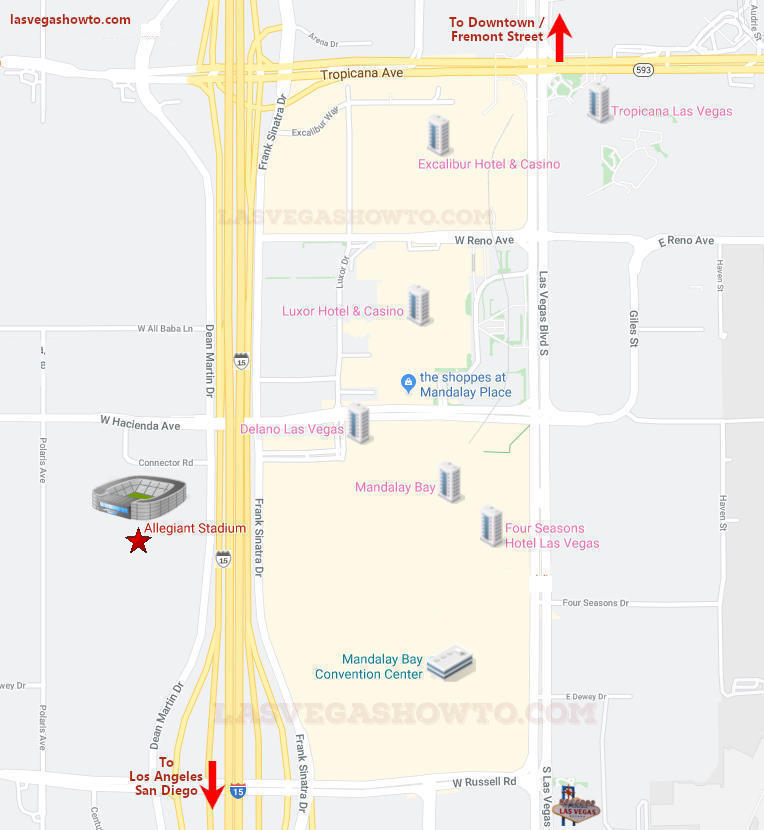 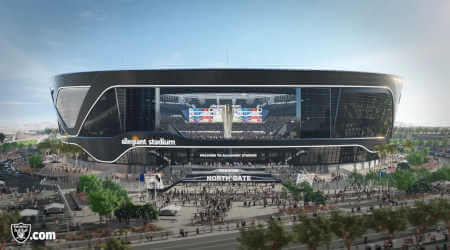 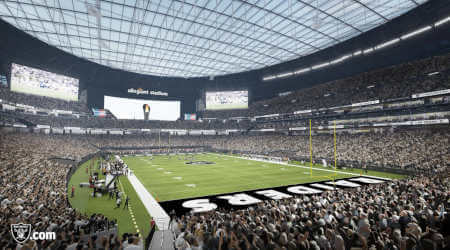 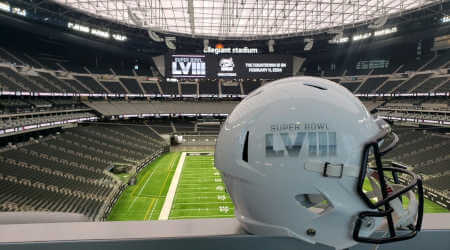 The north stadium entrance is just a few hundred feet south of W. Hacienda Avenue, meaning it will be a very short walk for those of you starting from Mandalay Bay Hotel and Casino.

Walking directions to Las Vegas Raiders Stadium
During game days, walking from the Strip to the Las Vegas Raiders Stadium will be fairly easy and much cheaper than driving to the game. The 15 - 20 minute walking route from the Las Vegas Strip corridor is via Hacienda Avenue which is located between the Luxor hotel and Mandalay Bay. The Hacienda Ave. overpass across the I-15 will be closed to automobile traffic approximately 5 hours prior to game time. The road closure will create a safe pedestrian thoroughfare across W. Hacienda Ave. to Allegiant Stadium. Once you walk across the Hacienda Ave. overpass, the Stadium north entrance is a few feet South.

Taking the Bus to Allegiant Stadium


The RTC plans to launch Express Bus routes to and from the Las Vegas Raiders Stadium. The Deuce on the Strip stops at the Luxor and Mandalay Bay hotels along the Strip, both hotels are withing walking distance from Allegiant Stadium.

Taking a taxi or rideshare to Las Vegas Raiders Stadium
There will be multiple drop-off and pick-up areas for rideshare services (Uber/Lyft), taxi, shuttle and limousine and personal vehicles.

Where to park at Las Vegas Raiders Stadium
There will be ample parking at the Las Vegas Raiders Stadium. There are 25,000 parking spaces near Allegiant Stadium, including 15,000 spaces within walking distance. There is a minimum of 7,000 spaces for tailgating including 5,000 spaces within walking distance of the Stadium and an additional 1,700 off-site parking spaces at the Warm Springs Park with shuttle service to Allegiant Stadium. Warm Springs parking site is located at Warm Springs and I-15


There is an RV parking lot for up to 200 RVs. The RV parking lot is located at the Oasis Las Vegas RV Resort, east of I-15 and south of Blue Diamond Rd. Shuttle service to Allegiant Stadium will be provided.

What are the vehicle size restrictions at Las Vegas Raiders Stadium?

Vehicles larger than twenty (20') feet in length and eight (8') feet in width are considered oversized and must be parked in the RV lot.

Fans can pay for items using valid debit or credit cards, or mobile wallets including Apple Pay, Google Pay or Samsung Pay. For fans who only bring cash to the stadium, we will have several cash-to-card kiosks positioned throughout the stadium where fans can exchange cash for a pre-paid card that can be used both inside and outside the stadium. 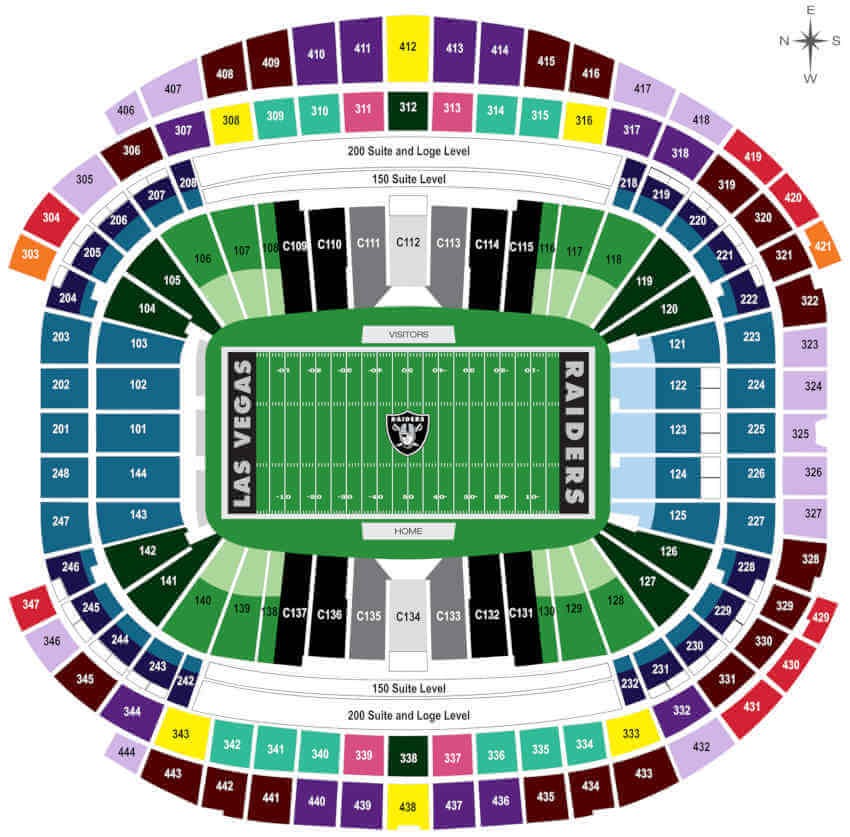 Things to Do in Las Vegas