Caesars Forum features more than 300,000 square-feet of flexible meeting space (this adds up to more than five football fields) and can accommodate more than 10,000 participants and offer more than 100 break-out rooms.

Caesars Forum is the first facility of this size to be built on one level and feature the two largest pillarless ballrooms in the world, each measuring 110,000 square feet, in addition to two 40,000 square-foot ballrooms and six state-of-the-art boardrooms. The floor plan divides into limitless configurations, with 2.1 miles of airwalls.

Distance from McCarran International Airport to CAESARS FORUM is 3 miles

Taxi Fare from McCarran Airport to CAESARS FORUM is $27

Distance from CAESARS FORUM to the Las Vegas Convention Center is 2.8 miles

A skybridge directly connects CAESARS FORUM to Harrah's Las Vegas and The LINQ Hotel + Experience, with direct access to the Flamingo Las Vegas from The LINQ Promenade. Experience additional convenience and accessibility of the conference center with a dedicated CAESARS FORUM stop on the Las Vegas Monorail. 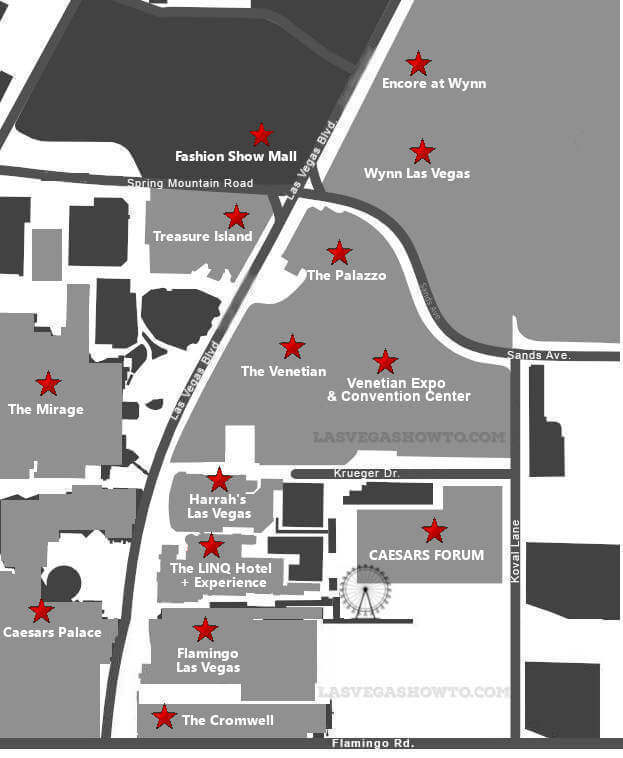 Did you know ...
Caesars Forum is only one Monorail stop away from the Las Vegas Convention Center.

CAESARS FORUM will be home to the 85th NFL Draft, April 23-25, 2020. The NFL Draft Main Stage and NFL Draft Experience Presented by Oikos® Triple Zero will be located adjacent to the CAESARS FORUM with an iconic backdrop of The Strip. CAESARS FORUM will house Selection Square, which will feature the team tables where representatives from each club will make their draft selections.

NFL Draft Red Carpet
The Fountains of Bellagio on the Strip is home to the NFL Draft Red Carpet. This is where the 2020 NFL Draft will open on Thursday, April 23, 2020 with attending prospects making their debut on the carpet, starting at 2:30 p.m. PT.
Date: Thursday, April 23 | Location: Fountains of Bellagio | Time: Starting at 2:30 p.m. PT
Access: Free and open to the public

NFL Draft Main Stage
Located next to the CAESARS FORUM with a backdrop of the iconic Vegas Strip, NFL Draft Main Stage viewing zone is the gathering place for fans to watch the first round selections on Night 1 (Thursday), Rounds 2-3 on Night 2 (Friday), and Rounds 4-7 on Day 3 (Saturday). The Main Stage will also host daily performances by headlining acts throughout the Draft (Lineup to be announced).
Access: Free and open to the public

NFL Draft Experience presented by Oikos® Triple Zero will be located adjacent to the NFL Draft Main Stage, with the CAESARS FORUM and the Strip in the backdrop.

NFL Draft Experience is expected to be a free, three-day football festival highlighted by interactive games, the Vince Lombardi Trophy, autograph sessions with NFL players and Legends, brand activations, giveaways and the NFL Shop presented by Visa.
Access: Free and open to the public

Additional Information
All three days of the NFL Draft will be broadcast on NFL Network, ESPN, ESPN Deportes and ABC – including two nights of primetime coverage on Thursday and Friday.

The FORUM Plaza at Caesars Forum which is directly connected to the LINQ Promenade will feature a 100,000 square foot outdoor meeting and event space. The first of its kind in Las Vegas. FORUM Plaza will be a multi-functional space that allows planners to host receptions, meetings and live entertainment with the Las Vegas Strip and High Roller as the backdrop.

The Harrah's/LINQ Monorail Station connects to the Caesars Forum via a sky bridge. Caesars Forum is also one Monorail stop away from the Las Vegas Convention Center. 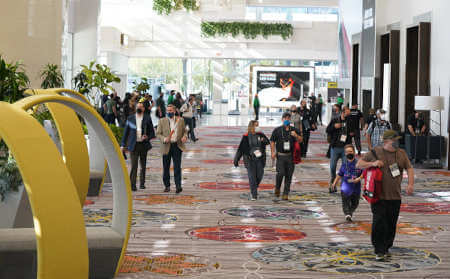 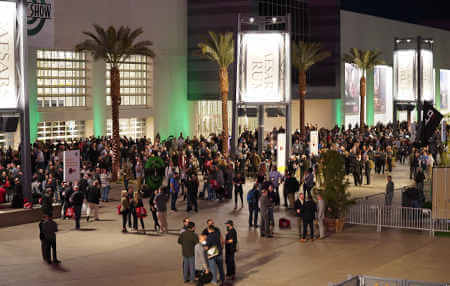 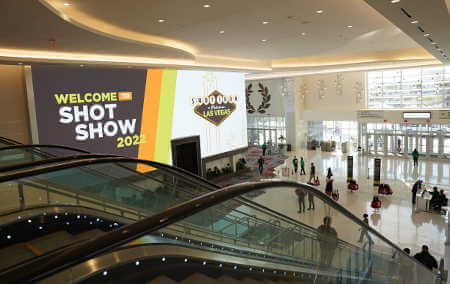 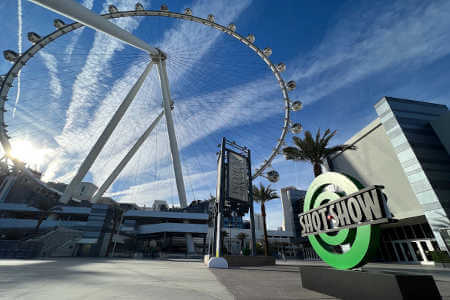 What you need to know about the new REAL ID requirements if you're flying to Las Vegas starting Oct. 1, 2020.