For over 20 years, the stage production The Beatles LOVE by Cirque du Soleil at the Mirage Las Vegas has Beatles fans falling in love all over again. If you are a fan of the Beatles and love Cirque du Soleil shows, then "Love" is the show for you. With LOVE, Cirque du Soleil celebrates the musical legacy of The Beatles through their timeless, original recordings and music never before released.

The Beatles LOVE creates an intimate and powerful entertainment experience. Exploring the spirit of the most iconic band of all time through the lyrics of their beloved songs while capturing the essence of the love that John, Paul, George and Ringo inspired during their astonishing adventure together.

Performed in the 2,013-seat, custom-built LOVE theatre-in-the-round. There are no bad seats in the house, as you get a panoramic view and incredible sound.

The exuberance of The Beatles is channeled through the youthful, urban energy of a cast of 60 international artists. It's such an adventure you feel like you're swimming along in a yellow submarine as the Beatles music comes to life.

What to expect -
Expect to be taken through the psychedelic '60s and the history of the Beatles, told through 26 of the group's songs
Also expect Aerial Routines, Extreme Sports, Urban Freestyle Dance

Age Requirement: Must be 5 years or older. Anyone under the age of 18 must be accompanied by an adult.

Length:
90 minutes long, not including an intermission.
Dark:
The Beatles LOVE does not run on Sundays & Mondays
Attire:
Casual
Minimum Age:
The minimum age to attend The Beatles LOVE is 5 years old.
Parking:
Paid Parking is available at the Mirage's main parking garage.

Schedule is subject to change without notice.

People who saw The Beatles LOVE were also interested in

"O" at the Bellagio, KA at MGM Grand, Mystere at TI, Blue Man Group at the Luxor, Absinthe , Absinthe at Caesars Palace 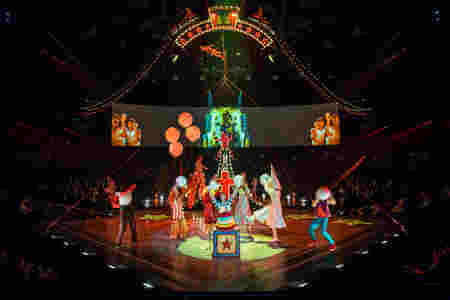 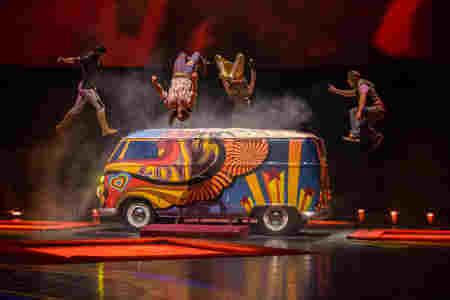 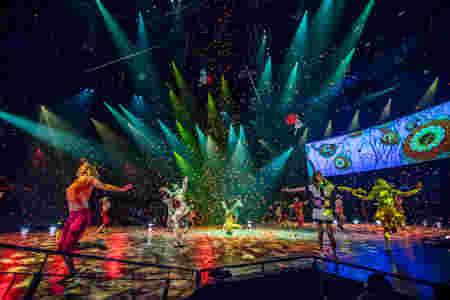 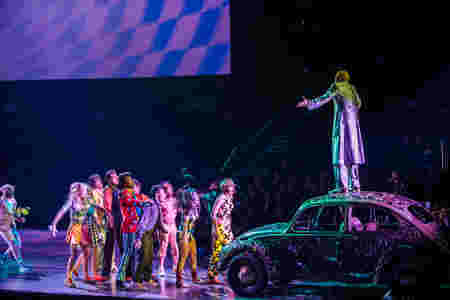 The Beatles LOVE has been performing at The Mirage since June 2006.

Did you know...
The Beatles LOVE at The Mirage is the only Cirque show performed on a theater-in-the-round stage surrounded on all sides by the audience?. More Las Vegas Facts.