Inspired by the concept of infinity and the elegance of water’s pure form, “O” by Cirque du Soleil weaves an aquatic tapestry of artistry, surrealism and theatrical romance in this timeless production.

In this breathtaking, phenomenal aquatic production, anything is possible and the drama of life plays itself out before your very eyes. From the simplest street performance to the most lavish of operas, watch as incredible world-class acrobats, synchronized swimmers including nine Olympians, divers and characters perform in, on, and above water to create a breathtaking experience.

The centerpiece of the show is a 25-foot-deep pool that holds 1.5 million gallons of water. It serves as a stage to showcase high-divers and synchronized swimmers. This stage also gets easily transformed to a solid surface with the help of hydraulics, allowing acrobats, fire dancers, and contortionists to perform.

Length:
90 minutes long, not including an intermission.
Attire:
Casual
Minimum Age:
Minimum age to attend "O" is 5 years old.
Directions:
The "O" theater is located inside the Bellagio Hôtel, between the Poker Room and the Buffet.
Parking:
Paid Parking is available at the Bellagio's main parking garage.
"O" by Cirque du Soleil will extend its performance schedule to 7 nights a week beginning January 2020.

What is the dress code for "O"?
There is no stated dress code, but "O" audiences are asked to adhere to the attire guidelines of the Bellagio Hotel & Casino.

Mystere at TI, KA at MGM Grand, LOVE at the Mirage , Absinthe at Caesars Palace

• There are 4,400 active costume pieces in the show
• Over 10 million people have seen "O" since it premiered on Oct. 15, 1998
• 24 original cast members still perform in the show
• 20 original crew still work behind the scenes of the show
• Over the years, there have been a total of 217 performers
• 35 countries have been represented in the cast and crew 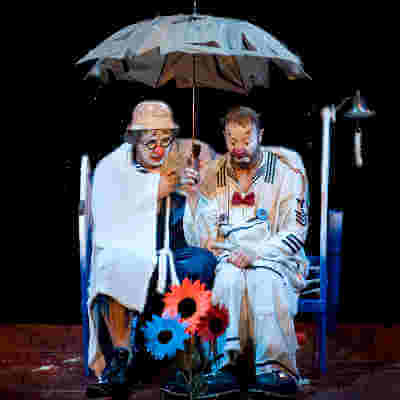 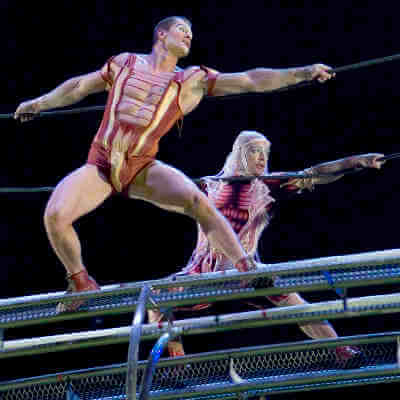 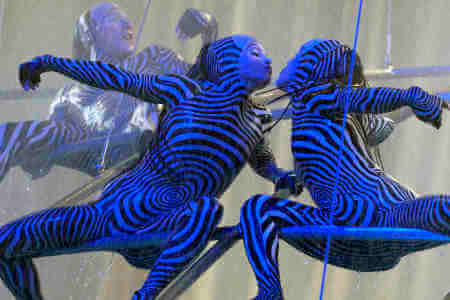 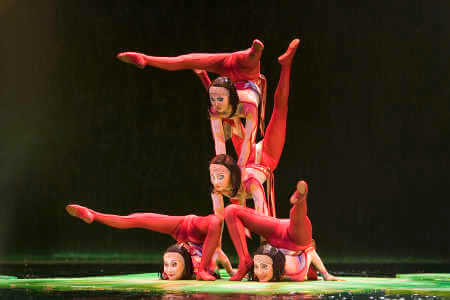 Since its debut in October 1998, "O" has been viewed by more than 17 million guests.