The Downtown Loop Route and Stops

The Downtown Loop is a free shuttle servicing the attractions in downtown Las Vegas which include: 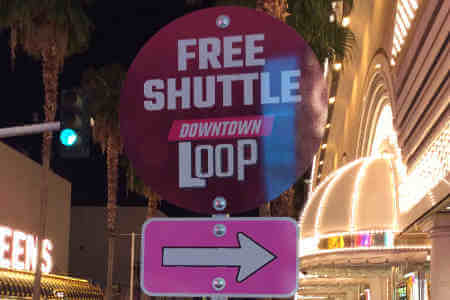 The Fremont East Entertainment District Stop is on the North side of Fremont Street just West of Sixth Street, but is temporarily relocated to Las Vegas Blvd, between Fremont Street and Carson Ave.

The Downtown Loop Hours of Operation

The Las Vegas Downtown Loop runs continuously during operating hours and arrives at each stop every 20 to 30 minutes.

If you plan to visit Off-the-Strip hotels, use our Las Vegas RTC Bus Routes to locate the hotel with its corresponding bus route.