At more than 3.2 million square feet, the Las Vegas Convention Center is one of the most modern, functional and largest trade show facilities in the United States.

Approximately two million square feet of exhibit space
144 meeting rooms with seating capacities ranging from 20 to 2,500.
Sixteen exhibit halls with separable movable walls.
A grand lobby and registration area (more than 225,000 square feet)
Parking for over 5,000 cars
Free wireless Internet access available in all common lobby areas in the convention center and in Banners restaurant in the Grand Lobby and the International Food Market Restaurant in the South Hall.
FedEx Office: Business center on site. 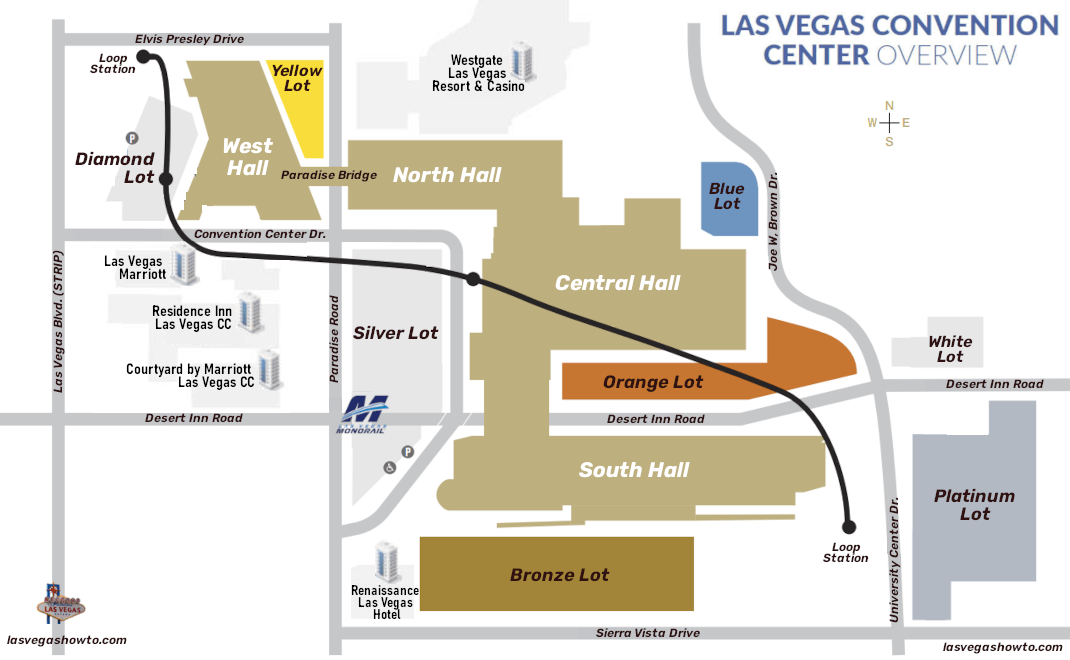 The Sands Expo Center is adjacent to The Venetian and The Palazzo Las Vegas right off the Vegas Strip.

What you need to know about the new REAL ID requirements if you're flying to Las Vegas starting Oct. 1, 2021.

Hop on a bus to visit Off-the-Strip Las Vegas hotels. Use the Las Vegas RTC Bus Routes to find your hotel and its corresponding bus route.