The Park on the Strip

Experience Las Vegas outdoors at The Park. Located on the Strip's west side and nestled between Park MGM and New York-New York Hotel & Casino. The Park is a dining and entertainment district on the Las Vegas Strip as well as the pathway to the 20,000-seat world-class T-Mobile Arena.

Opened April 4, 2016, and spanning more than six acres, The Park is an open-air public square that connects The Strip, The Park and T-Mobile Arena. A central gathering place to socialize with friends, relax or simply enjoy delicious food and beverage at one of the many casual restaurants and bars with outdoor seating that flank The Park. All of the venues are outfitted with outdoor patio seating to make everyone feel like they are part of the action.

The Park on the Strip

The gateway to T-Mobile Arena from Las Vegas Blvd, The Park outdoor district offers an array of common spaces for socializing, relaxing, exploring and sampling the surrounding tastes, sights and sounds. Guests coming to an arena event can start their evening with a fun, casual culinary lineup featuring inviting indoor/outdoor spaces, iconic art and live entertainment.

Points of interest:
Bliss Dance – the breathtaking, 40-foot-tall sculpture of a dancing woman created by artist Marco Cochrane.
Unique water features, including water walls stretching more than 100 feet in length along the entrance.
Dramatic plantings incorporating a variety of beautiful desert blooms, stands as the centerpiece of The Park and is illuminated by nearly 3,000 colored LED lights at night.

Water Wall features a water and light experience highlighting contemporary music. This attraction is located at the east end of The Park. 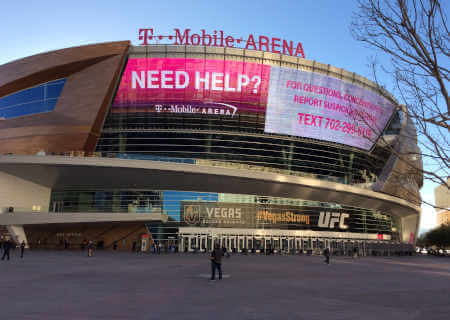 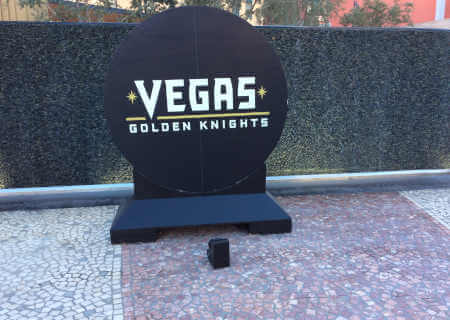 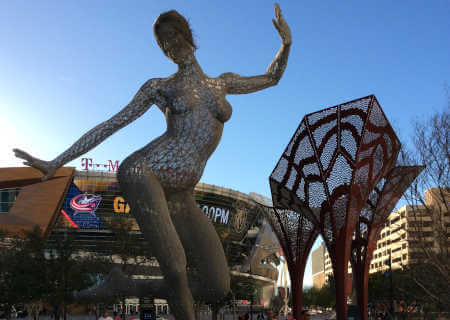 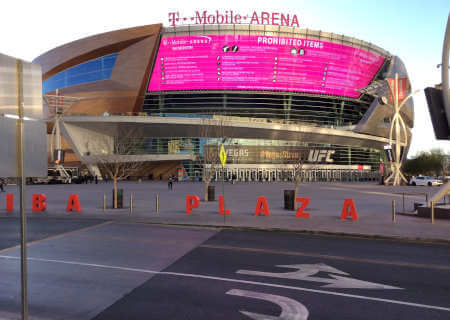 T-Mobile Arena is an indoor sports & entertainment arena. The 20,000-seat sports and entertainment venue is located on the Vegas Strip between New York-New York and Park MGM, near the heart of the famed Las Vegas Strip and adjacent to the I-15 corridor.

Top things to do this July on a low budget